Many men use PHALLOSAN forte – particularly in advanced years – as an anti-aging therapy. 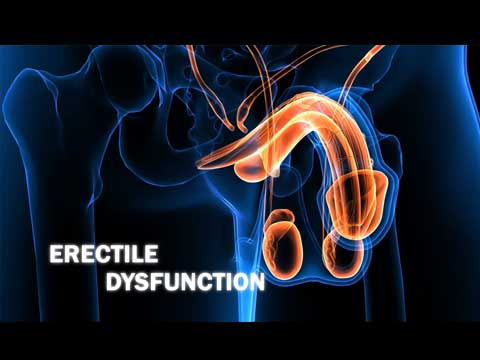 Many men experience this in the course of time: their sex life is not always as fulfilling as it should be. Despite the well-meant reaction of one’s partner, that can be very unsettling. Understandably, the self-esteem suffers and it is difficult to deal with in a partnership. But erectile dysfunction occurs more frequently than many people would expect. Studies have shown that about 50% of men over 40 suffer from it, at least occasionally. This percentage increases with age, but it is also common in men under 40.

Incidentally, a true potency disorder in the form of erectile impotence exists only if it has been more than six months since an erection was achieved or maintained.
In whatever form: disorders in sexual function seriously compromise the quality of life and well-being.

There are many causes of erectile dysfunction, both mental and physical. Professional, financial and private worries or problems in the partnership often play a role. Frequently it can be attributed to physical/medical reasons, including the side-effects of medication such as beta blockers or serious circulatory disorders, high blood sugar, hormone disorders and much more. The body is not a machine – it reacts more sensitively than one might think.

Of course, a physician should be consulted on the possible medical causes of erectile dysfunction. PHALLOSAN forte stimulates the blood flow to the penis: in only a few days it significantly increases circulation of the entire tissue, in particular the corpus cavernosum. Like any organ that receives a greater supply of blood, the penis reacts with increased sensitivity, accompanied by an intensified pleasurable sensation, because the sensitive nerve ends – important for sexual desire and arousal – are also positively stimulated by the increased blood flow.
Many physicians recommend PHALLOSAN forte for slight erectile dysfunction. Blood circulation is boosted by tension under vacuum and a significant effect is already visible after 2 to 3 days.